Softron M44e 8 Channels Dongle Included ST-3.AM44e is a hardware & software bundle tailor made for Thunderbolt capable Macs. Simply connect the M|44e box to one of the Thunderbolt ports of a Mac and immediately start ingesting and playing out eight HD channels (4 in and 4 out), or two 4K Channels at a cost significantly less than other multichannel solutions. With the M|44e, you can enjoy all the amazing features of MovieRecorder and the ones of OnTheAir Video Express in a certified hardware and software bundle. We have gathered what we think are the highest quality hardware components in order to ensure the best experience possible.

Recording is done using the included four licenses of MovieRecorder. Video clips captured using MovieRecorder can be edited during the actual ingest, making it very handy for live sports editing for example. Additionally you can schedule your recordings.

Playback is done using the included four licenses of OnTheAir Video Express (upgrade possible to OnTheAir Video and OnTheAir Node). You can create playlists, mix and match codecs. The licenses are provided on a dongle, so it’s easy to move your M|44e from one computer to another. 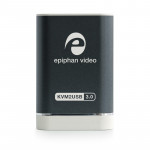 inegy Traffic Gateway is an automated system that is designed to compose Cinegy Air playlists from e.. 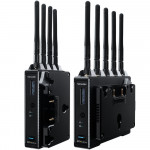 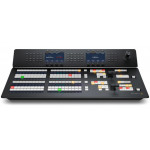 Blackmagic Design ATEM 2 M/E Advanced Panel each row can control up to 4 M/Es in larger switchers an..