The portable Roland VR-1HD AV Streaming Mixer features three HDMI inputs that can handle PC and HD video resolutions up to 1080p, preventing incompatibilities. The two studio-quality XLR microphone inputs, along with the analogue line input, allow for the mixing of HDMI embedded audio from all sources. Additionally, the VR-1HD is built with specific controls and capabilities that allow for operation by talent during live broadcasting, an advantage that makes it simple for talent to take charge of their own direction.

The VR-1HD connects to your computer via USB 3.0, so launch the live casting or recording programme after doing so. This is because it employs the same connection technology as webcams. After that, start your favourite platform's Full HD broadcast, which may include Twitch, YouTube, or Facebook Live, right now.

For mission-critical applications, the Roland VC-100UHD 4K Video Scaler is based on a sturdy hardwar.. 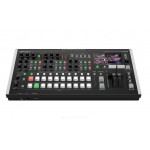 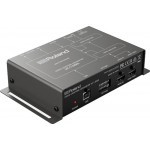 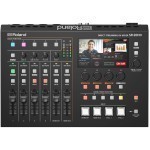 The SR-20HD by Roland, is powerful, portable, and straightforward to use, making it simple to manage..