Metus INGEST Professional is multimedia capture, transcoding, and streaming software. Metus INGEST offers a wide set of ingest modules to import content from various sources and formats. The software is very easy to use. Every control and window required for manual operation is on a single screen.

Efficient Use of Resources
Metus INGEST is native 64bit Windows software. Consequently, it’s possible to get the kind of performance out of Metus INGEST that was previously only available from dedicated high end video capture servers.

Intelligent Recording
Metus INGEST is designed to fit in with your workflow.

Media Management
Multi-channel recording can create a massive number of files. Keeping in control of the files is one of Metus INGEST’s key strengths. Files can be automatically named according to user-defined naming templates.

System Control and Usability
Metus INGEST is very easy to use. Every control and window required for manual operation is on a single screen.  Read more about it.
Advanced Media Handling Options

File processing is a key component of the system. Functions include: 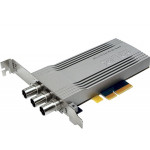 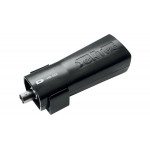