Hollyland Mars 300 Pro Enhanced HDMI Video Transmission System has external antennas and more durable build quality and adds support for up to 3 mobile phones or tablets for real-time monitoring with professional features, such as waveform, focus peaking, zebra, zoom, and 3D Luts. Mars 300 Pro is an HDMI system with a latency of 80 milliseconds.

Mars 300 Pro offering one of the most stand-out features is the mobile App real-time monitoring. Thanks to it, “when the receiver is connected to an external monitor on a regular setup, two more mobile devices can be connected to the transmitter via their HollyView monitoring App that people can find in Google Play and iOS App Store. The transmitter can also be used alone, which would allow the system to connect up to three mobile devices monitoring.”

Transmits up to 1080p60 HDMI video
400' line-of-sight transmission to receiver, 300' to App
OLED display
Real-time app monitoring
Simultaneously transmit to one receiver and two apps, or to three apps
HDMI input and loop-out on transmitter for viewing on an on-board or another monitor
Dual HDMI outputs on receiver
Two antennas on transmitter
Power via L-series battery or USB Type-C input 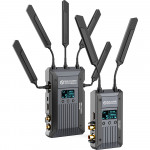 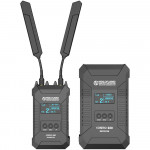 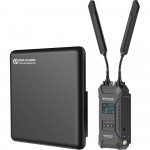 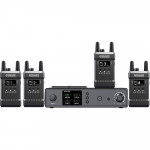