Datapath ImageDP4+ runs Windows 10 and delivers cutting-edge graphics performance. Multiple cards and outputs collaborate to distribute the Windows desktop across a multi-screen surface. The Datapath drivers support displays oriented in landscape, portrait, or a combination of the two. Each of the four DisplayPort outputs can handle up to 2560 x 1600 at 60 frames per second, or use two outputs to support up to 3840 x 2160 at 30Hz. The ImageDP4+ has 2GB of RAM to power the most demanding applications. The ImageDP4+ card from Datapath natively offers four full-sized DisplayPort outputs, allowing for locking cable connections and substantially longer wire runs.

The ImageDP4+ is optimised for use with the Datapath Vision range of capture cards and IP decoding cards for systems requiring SD, HD, 4K and IP video capture and display. Video windows can be positioned and sized anywhere on the multi-screen desktop, while maintaining full frame rate and true colour rendering throughout. When used with Datapath Vision capture cards HDCP content can be delivered to the screens. 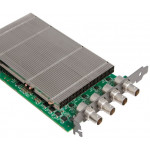 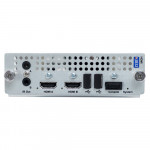 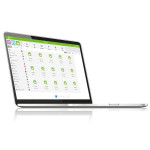 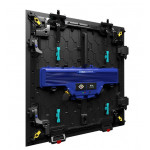