CatDV Cache-A Library Archive Option Unlimited with the Archive Option CatDV Pro has built-in support for archiving to a Cache-A appliance (and to other archive devices that appear as a mounted drive). If you have a Cache-A PrimeCache or ProCache archive appliance you can control the device directly from within CatDV.

To use CatDV with a Cache-A archiving appliance you need to mount the Cache-A device as a volume and press the Configure button to choose the vtape folder (for example, /Volumes/archive62/vtape). If a tape is loaded its name will appear in the Current Tape field and the Archive button will be enabled. You should also enter the IP address or host name of the Cache-A device so that CatDV can communicate with the device using its built-in API (you may need to install newer firmware to support this feature – check with Cache-A for details).

The following commands will be enabled in the Tools menu if you have the Archive Option installed:
Archive Media Files – copy selected files to the Cache-A vtape folder (from where they will automatically be written to LTO-4 tape by the Cache-A appliance) or to other archive drive. You can optionally include a copy of CatDV’s metadata as an index.xml file with the archive so if you should lose the CatDV catalog you can restore your metadata by importing the folder from the vtape folder. After archiving a clip CatDV’s Archive Status field is updated to record the tape that the file was archived to.
Purge Media Files – once files have been copied to the Cache-A vtape folder and archived you can delete the original media files from disk. The CatDV catalog will continue to store log notes and other metadata describing the clip, and normally you would also create low-res proxies within CatDV which continue to be available, so you can still find clips and decide whether to use them even after purging the original full-resolution version.
Restore Media Files – if a file has been archived and purged from local storage you can restore it back to its original location (or another location) from the Cache-A vtape folder. If the file isn’t currently on the Cache-A vtape disk you will be prompted to load the relevant tape then CatDV will request the file(s) are restored (you can also do using the Cache-A web interface if required)
Check Archive Status – query the Cache-A catalog (maintained in a database in the appliance itself) to see if the selected files have been archived and optionally update the Archive Status stored in CatDV 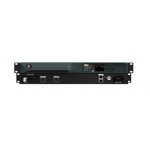 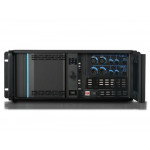 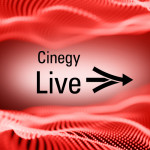 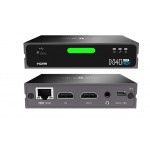