You can switch between multiple cameras, game consoles and computers in real time, all with broadcast quality transitions, graphics and effects! ATEM Television Studio HD features clean professional switching so there’s never a glitch when changing sources. That means you can even use it as a front end controller for your AV system and switch between multiple sources with the press of a button!

ATEM Television Studio HD is a professional broadcast SDI switcher that also includes loads of HDMI connections! With four 3G-SDI and four HDMI inputs, you can connect up to 8 cameras, game consoles, computers or other sources and work in all SD and HD formats up to 1080p60!

That means you can start with affordable HDMI consumer cameras, or work with professional SDI broadcast cameras. You also get reference input, analog audio in, RS-422 PTZ control, and Ethernet for connecting hardware or software control panels! Unlike other switchers, all video inputs feature automatic frame re-synchronizers, so you don’t need expensive genlock cameras. This means you can plug in any video source and it just works! 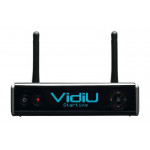 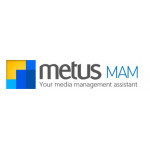 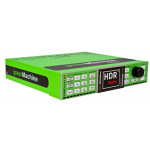 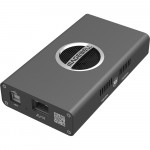