BirdDog Studio NDI Encoder BDSTUM01 connecting your video source to a BirdDog Studio NDI, your video becomes available anywhere on your network making connection to your favourite NDI production system a breeze. Studio NDI is the world’s most versatile, camera mountable, NDI encoder. With so many features packed into an aircraft grade aluminium case, Studio NDI gives you an unrivalled feature set.

CROSS CONVERSION
Studio NDI is the world’s only NDI Encoder offering hardware based SDI to HDMI and HDMI to SDI cross conversion.

FLEXIBLE POWER
Studio NDI can be powered by Power over Ethernet (PoE) or D-Tap from your camera battery. No need for a power adapter, although there is one in the box if you need it. 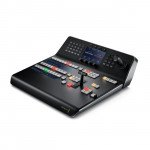 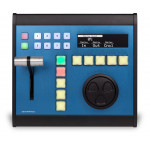 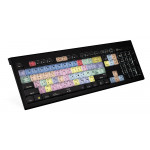 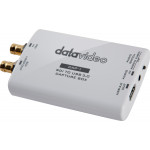